The Best Winter Sports For Kids Staying active in sports all year around is important for kids. It helps to maintain fitness and health.  As well as, giving them an outlet to socialise, meet new friends and burn off excess energy.  Also, sports offer kids something positive to occupy them with, and motivate them towards. Most health professionals agree that ideally there should be no off season for kids. While we don’t want them to burn out or be under too much pressure from taking on too many sports, there’s no reason why children shouldn’t play both winter and summer sports.  In addition to the activities they engage in on a regular basis. Professor Bruno Grandi, President of The Fédération Internationale de Gymnastique (FIG) says, “The difference between machinery and the human body is unyielding. The former wears out in use, while the latter is perfected in motion”. In today’s article we are going to focus on the best winter sports for kids in Australia.  Ones that your child with love involving themselves in.

AFL is a hugely popular game in Australia with most towns and suburbs have teams for children of all ages and skill levels. There are also some great AFL School Holiday Sports Camps available where kids from beginners to elite can learn or hone their skills in specialist camps run by expert coaches and famous current and ex-players. AFL is played on a large oval field and offers many benefits to children including:

The team aspect of AFL is also a great way for kids to make friends.  As well as involving themselves in the community. 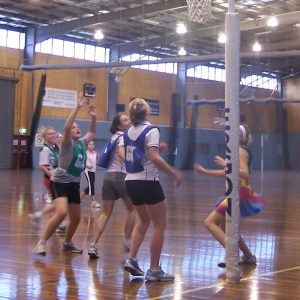 Netball is another great Australian pastime. Over the years’ Australian senior women’s teams have been at the very top of international competition.  As a result, strengthening local and junior competitions around the country. Netball is a fast-paced game, that requires short bursts of fast running, quick reflexes and great agility. When playing netball most players are restricted to specific parts of the court.  Meaning, you rely heavily on the communication and assistance of teammates to move the ball up the court and score. This aspect of the game is one more reason why netball is great for developing a strong team environment.  Where trust, teamwork and camaraderie are key elements to success.

We can’t have an article about winter sports without mentioning snow sports such as skiing and snowboarding. Australia now has many ski resorts where you can go and enjoy a weekend or a week up in the mountains.  As well as, having fun with the whole family. In recent years Australia’s professional snow sports athletes have had a lot of success in both winter Olympics and other international competitions. Snow sports offer a great combination of fun, adventure fitness and skill. Though sometimes travel distances and the cost of equipment and lift passes can make it an expensive sport to enjoy regularly. That’s not to say that a trip to the snow each year won’t be one of the best getaways your family can look forward to.

Rugby League is a fun, physical and entertaining sport. This again is a sport that has great junior competitions in most states and towns in Australia. Rugby League players develop great physical strength and endurance.  Often working at high intensity levels for the duration of the game. Although the professional grades of Rugby League can look very rough and physical, junior competitions focus on providing a safe, fun environment where kids can learn the rules and the skills of the game before building up to the physically demanding aspects such as tackling. Find out more about Australian Sports Camps upcoming Rugby League Sports Camps. 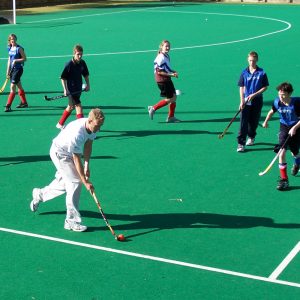 Field hockey relies heavily on hand eye coordination with each player using a hockey stick to control, pass and shoot the ball. Also, hockey is another game that is great for developing all over physical fitness and strength.  As, it provides a complete workout for kids young and old. Fast reflexes and powerful sprinting are great attributes your child will develop through playing hockey. And, the stop, go nature of the game likens it to high intensity interval training.  Which, is great for burning calories and boosting metabolism.

Soccer is now Australia’s most popular sport for kids, and for good reason. The less physical aspect of the game can be very attractive to parents  who don’t want their kids to get hurt, but it also requires great 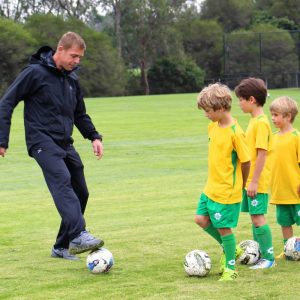 skill, fitness and agility. Soccer is a game that is easy to learn, yet hard to master.  So, it’s great for kids just wanting to try a new sport.  But, it can also provide a fulfilling and very lucrative career opportunity for the players that want to go further with the training and development. As the most popular junior sport in Australia there are competition clubs and skills camps available in just about every town and suburb across Australia. So, if your child would like to try soccer you won’t have to go too far to find someone to play with.

Basketball is a game to play all year round.  With, indoor and outdoor competitions across Australia.  A player can develop important skills when playing basketball.  For example, agility,

speed and lightning fast reflexes. Also, you can play basketball anywhere, with most school and parks having a hoop to start practising with. Further, holiday basketball coaching clinics are a great way to learn the basic rules and skills before signing on to join a registered competition. So, there you have a great list of sports to involve your child in this winter.  Keeping them fit, active and happy.  For more information on skills camps for each of these sports visit our school holiday programs and get your kid involved today.