Netball is one of the most popular sports played in Australia and worldwide. These days, netball is the biggest team sport in Australia, played by over 1.2 million men, women and children all over the country. Also, it’s the number one participation sport for Australian girls! (Netball Australia 2019, para. 2). Although netball is a non-contact sport, it’s a fast-paced and intensive game, offering multiple physical and mental benefits for players! Such as; improving hand-eye coordination, promoting teamwork, improved flexibility, reaction time & stamina. Additionally, netball helps build confidence, enhances problem-solving and decision-making skills, builds muscle strength, and is a great way to keep fit and healthy! So, when deciding on a great sport for your child to play to meet friends, have fun, and get active, netball is an ideal choice! And, at Australian Sports Camps, we offer structured and fun 3-day netball camps for kids aged 6 – 16. Camps are for all levels and sporting abilities! Where our desired goal is to help kids improve their sporting skill set and have fun whilst developing a deeper love and enthusiasm for their chosen sport. So, in today’s article, we’ll discuss the 5 key Netball Skills that your child can expect to learn by attending an ASC Netball Camp. 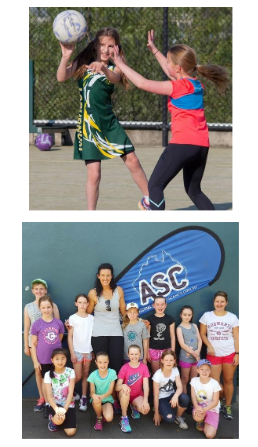 Passing in netball is a fundamental aspect of the sport that takes lots of practice to master. The ability to move the ball around the court accurately & strategically as a team is imperative to winning games of netball. Furthermore, learning how to execute a variety of passes will improve your abilities dramatically, and help you catch your opponents out during a game. By attending an ASC netball camp, you can expect to participate in various drills, designed by our professional coaches, that are dedicated to improving your passing technique! Also, expect to gain experience learning different passing styles, such as the chest pass, bounce pass, shoulder pass, and lob pass! Plus, with plenty of match-play opportunities mixed into the drills! Furthermore, you’ll get the opportunity to learn firsthand tips and tricks from our experienced coaching panel. With guest appearances by leading state players & coaches! At Australian Sports Camps, we strive to provide an innovative program that covers all facets of the game of netball! Designed to improve your skills and maximise enjoyment! To find out more about us, please click here!

Whether you’re a beginner or advanced netballer, one of the fundamentals of the game you need to master, is fantastic catching technique! In addition, to having an instinct as to how the ball travels from pass to pass and knowing where the ball is going to drop in a game. By attending one of our netball camps, you can expect to receive dedicated training periods to develop your child’s catching and hand-eye co-ordination abilities! Also, they will develop by participating in various drills, match-play, and lots of fun games! Furthermore, ASC camps cater to young and inexperienced players by grouping participants of the same ability level and age together. Our specialised skill development drills and training, designed by industry professionals, are adjusted based on the age and skill set of our participant groupings! Meaning that kids won’t need to worry about participating in drills that are too advanced for their current skillset. Therefore, everyone will be able to get the most out of every drill! And learn at their own pace whilst grasping all the basics necessary to improve their technique!

Goal shooting is probably the most important skill for over a quarter of a netball team. If you play as either a goal shooter or a goal attack, then you need to be able to score regularly and consistently. The best way to do this is to practice your shooting technique on a regular basis! Learning a proper netball shooting technique can be quite difficult for beginners and younger players. So, it’s important to start slowly, get the technique and shooting form right, and then worry about the accuracy of the shot later. Our netball program focuses on ensuring that every player understands the correct techniques and intricacies of shooting! Which will help establish a solid foundation of skill and shooting form, for your child to then continue to strengthen throughout their sporting career! Your child can expect to participate in multiple shooting drills & games over the 3-day camp duration! Designed to improve their shooting abilities, out of sight! In addition to receiving firsthand & personal coaching and feedback from our professional coaching staff.

Footwork in netball applies when a player is stepping, landing and pivoting while in possession of the ball. The understanding & demonstration of footwork fundamentals is integral to your development as a netballer, as a free pass is awarded to the other team when a player breaks the footwork rules during a match. Teaching footwork fundamentals is a strong focus within our netball camps. With multiple drills and games designed to teach your child the intricacies of proper netball footwork! Also, our camps offer an innovative video analysis opportunity for all participants! At every single ASC camp, our professional staff uses the latest technology to record each participant completing multi-faceted drills! With footwork being a major aspect of our netball recording session! With this recording, each camp has a designated analysis curriculum where our qualified coaches will be able to offer your child visual. And personal feedback on their performance and technique! This setting is a fantastic opportunity for your child to visually see how they can improve their technique. Also, gain knowledgeable tips and insights from our coaches in a classroom environment. For more information about 3-day netball camps and how our camps operate, please watch this short video here! 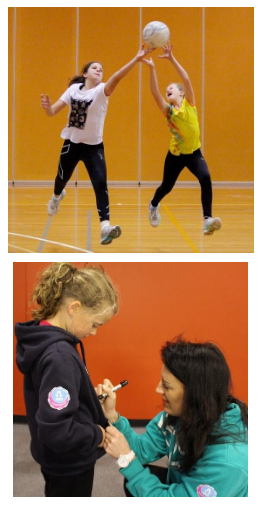 The best netballer’s are those whose knowledge and understanding of the game enhance & support their skill set and sporting abilities. Small details such as reading your opponent, communication & reading the play help turn a good netballer into a great netballer. By attending an ASC netball camp, we ensure that each participant is being taught the importance of various attacking & defensive netball elements, through drills, question & answer sessions with coaches, and conducting in match-play. Our netball program has drills that we design to teach participants about attacking skills.  For instance, dodging, knowing when to get open, pivoting, rebounding and positioning. In addition to separate drills teaching defensive tactics.  Such as, correct stance when defending your opponent, intercepting, defensive rebounding, communicating with teammates, and agility! There’s just no telling how much you can improve your sporting skill set at an ASC camp! So, contact us today to find out which camp is right for you! We do hope that you enjoyed this article! If your child has a passion for netball. And, wants to practice more advanced and structured netball drills, sign them up for one of Australian Sports Camps 3-day netball camp! Additionally, you may have questions regarding our camps.  So, for all other enquiries, please contact us on 1300 914 368! We look forward to seeing you at ASC camp this coming school holidays!