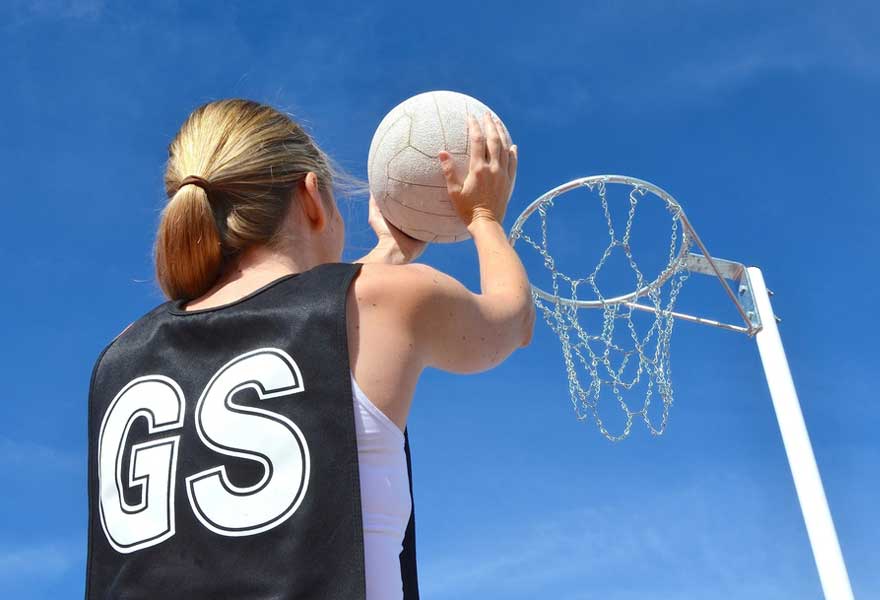 As a junior netballer it’s important to remember that practise makes perfect. In order to improve your game, it’s essential that you master the basic skills of netball through regular and consistent training. There are netball drills for every aspect of the game, from shooting to conditioning, to help develop those skills. Below are netball drills for juniors that are beginners, followed by some netball drills that are for more advanced juniors.

For juniors just starting out in netball, learning to shoot can be quite challenging. However, it can be made fun and a lot easier by using the popular acronym B.E.E.F. Let the players get familiar 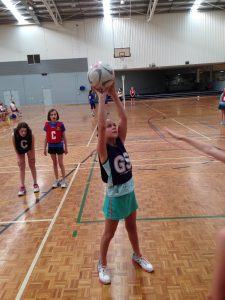 with the actions first without the ball and then when they feel comfortable with the technique add the ball. B is for Balance: Ensure your legs are steady by standing with your feet shoulder width apart. Your feet should be pointing towards the goal. E is for Eyes: Imagine that something is floating just about the ring and aim for  that as you shoot. E is for Elbow: Extend your arms close to your ear with your elbows facing the ring. As you bend your arms backwards, ensure that your elbows maintain the same position before releasing the ball. F is for Follow Through: Follow through by extending your elbow and flicking your wrist as you release the ball and shoot for the net.

Catching and passing netball drills for juniors need to first teach the player how to catch and pass the ball properly. So, make it easier and start with small bean bags instead of balls. Get the players to stand in a circle and pass the bean bags as if they were balls to their left and then to their right aiming for chest height. Go around the circle a few times before you introduce the ball. Focus on the accuracy of passing first by keeping only a small distance between the players and allowing them to develop the strength of their passes over time.

The ICE CREAM game is a popular and fun netball drill that helps to teach junior players not to step during a game. The players all line up along the baseline and then asked to run until a whistle is blown. At the sound of the whistle the players have to give a low jump (as if jumping over a puddle) and as they land on one foot with knees slightly bent they yell out ‘ICE’. Then as the back foot comes down they yell ‘CREAM’ while pivoting on the grounded foot ‘ICE’. This will help them to remember that the first foot must stay on the ground. 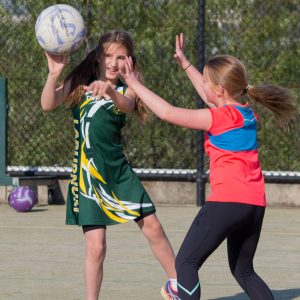 To help players learn the different positions on the court, have them run to the position and call out it’s name before they get there. This can be done with the different areas of the court as well. After a while you can then time each player as they run through and name each position.

To teach basic movement, form two teams by having the players line up in two parallel lines at the baseline. Call out movements and have a member from each team perform that movement up and down the court and then back into line. This fun game is also a great warm up and refresher drill. 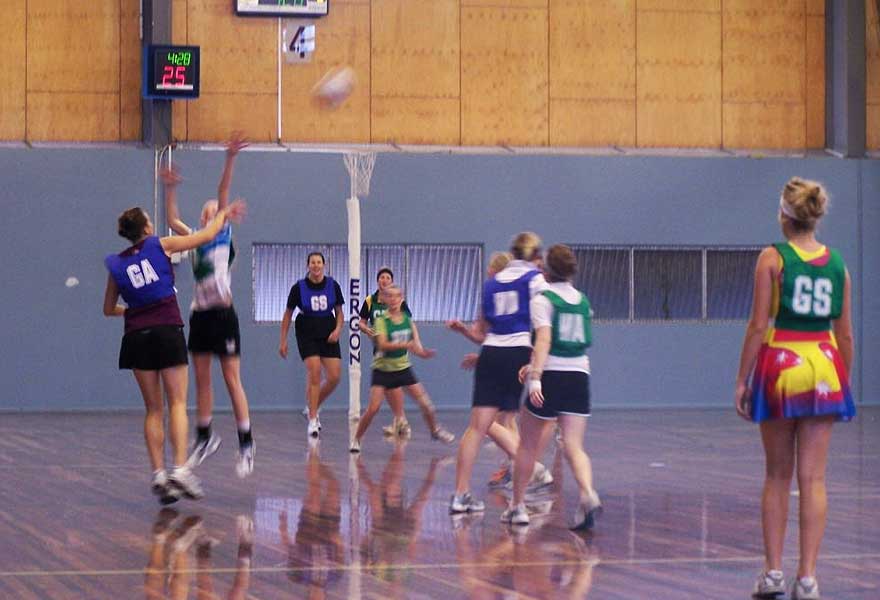 Your legs will take most of the impact and strain during a game of netball so it is vital that they are warmed up before playing. Instruct the players to form two parallel lines, approximately 5 metres from one another at the end of the court. The player at the start of the line chooses a leg warm up and performs it up the court. They jog back to the start and then the whole group repeats it. Then it’s the next person’s turn in the line to choose a warm up, and so on until everyone has had a turn. 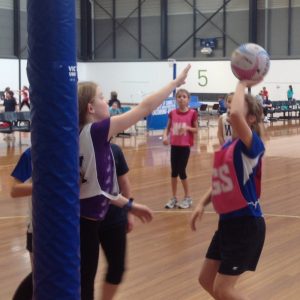 Shooting netball drills for juniors that have more advanced skills, should focus on shooting with a defender in their face. Ask the players to get into pairs, with one being the shooter and one being the defender. They will need a netball and a netball post. The shooters goal is to make a shot at goal by overcoming the arms of the defender. Once 10 successful shots have been made the players can swap position and start again.

Get seven or more players to form a circle and have two more teammates in the middle of the circle. The players who are in the circle have to pass the ball to each other while calling out the name of the person they are passing it to. The teammates in the middle have to try to intercept the ball while it’s being passed. If it’s intercepted, the player who passed the ball has to swap places with the person who intercepted it.

This drill is great to promote fast footwork. Have the players form two circles, one inside the other, within a 9 metre radius. Instruct the group in the inside circle to run clockwise while the outer circle runs anti clockwise. 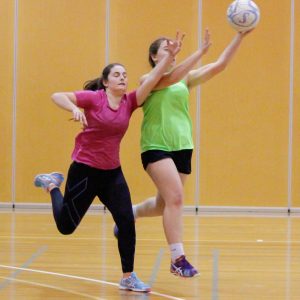 All of these netball drills for juniors are great to improve their skills. However, if you really want to take your netball game to the next level, Australian Sports Camps run 3 day Netball Camps where you can further improve your skills under the guidance of elite coaches and professional players, all in a fun environment.