Simple AFL Drills That Kids Can Do With Parents 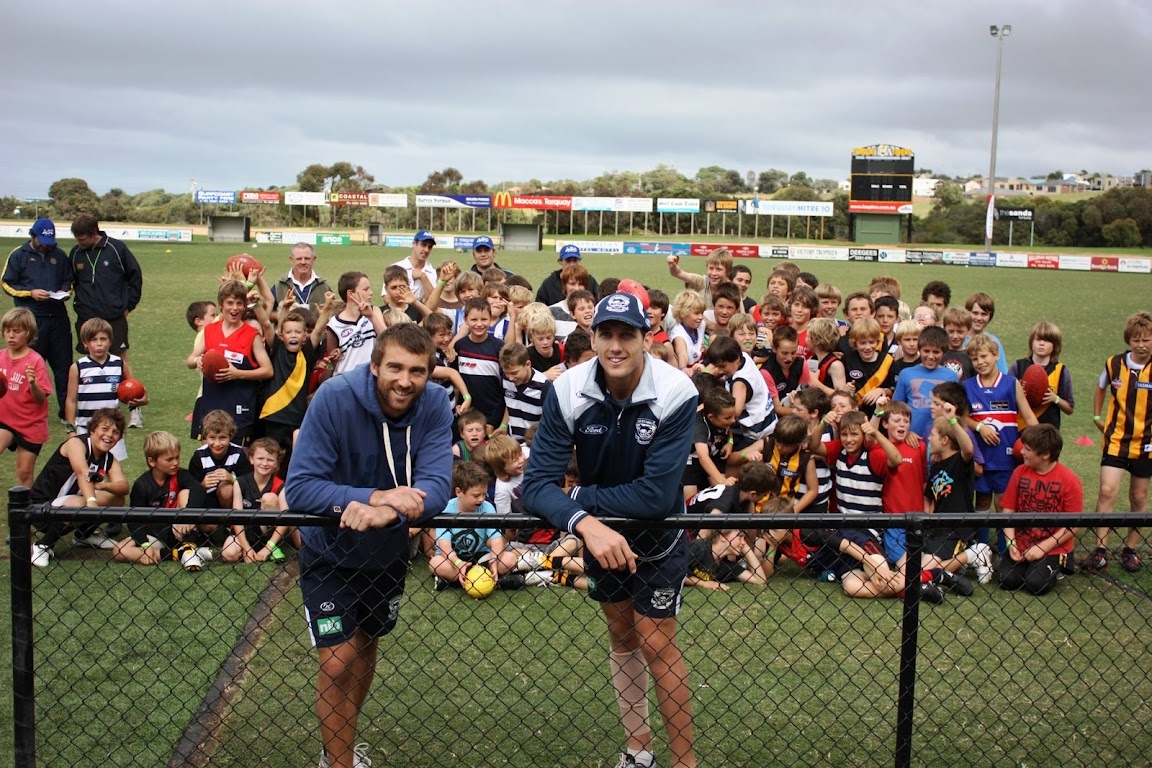 Sport is more than just a game, it brings families and friends together, no matter what sports team each individual supports.  One very popular sport in Australia is AFL Football. Last weekend, the AFL’s opening round attracted a record figure of 400,401, more than 29,000 better than the previous record set back in 2013.  Australian football is still on the rise in 2017, despite starting in 1897 more than 100 years ago. One of the reasons for the continuous growth in fan involvement with the sport is strong participation among kids at a grassroots level.    Also, AFL is one of the fastest sports in the world, and great to both play and watch. To get your kids more involved in this home-grown and dynamic sport we’ve written this blog to help teach parents how to improve their children’s’ skills in the game while having fun!  Don’t worry, these are simple AFL drills that kids can do with parents. For children under 12, the focus should be on the games fundamentals.  For example, kicking, marking and hand-balling. However, before going into the drills and activities, it is important to warm up.  One method is to run a short 50m lap around the oval with your child.  Another way is to run on the spot and do a few jumping jacks for 1 to 3 mins. Now you guys are all warmed up, let’s begin the first drill!

One way to improve kicking skills is to kick between the two big sticks in the middle of the goals. The parent decides how far from the goal square to start.  In a set shot style, give your child a five to ten second’ preparation period before dropping and kicking the ball towards the goals.  If your child can kick five out of ten goals, it means they’re a potential champion and should get extra dessert after dinner! Another way to practice kicking is to kick the ball on the run.  Start with having your child run towards you with ball in hand, while you are behind the goal posts waiting to receive the ball.  Allow your kid 5 to 8 steps before kicking the footy towards the goals.  If your child can kick 3 out of ten goals, it means they’re a champion in the making and should get even more dessert after dinner! Another great AFL kicking drill is to play “kick-to-kick”.  Your child holds the ball with two hands while facing you.  They then take one or two steps and kick the ball towards you, SIMPLE.  Don’t worry if the ball is falling short or is flying over your head because this drill is meant to develop their kicking technique. TIP –  When kids are under 12, they should not be receiving any technical advice on their kicking.  If they are consciously thinking about what they should be doing with their hands or their feet, it will sabotage the skill and won’t allow them to develop their natural skills. 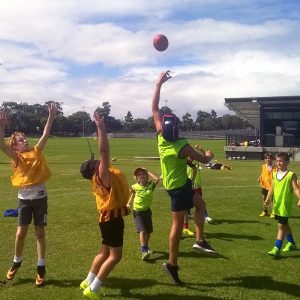 As we know in footy, it’s important to mark the ball both on the chest and overhead.  One way to mark like Nick Riewoldt is to throw the ball to your kid and have them catching the ball before it hits the ground. Like a gym workout, this drill is recommended to be done in 8 reps and in at least two sets. One for chest mark and one for overhead marking. Stand 15 metres apart from each other, throw the ball to your child and encourage them to mark on their chest 8 times.  Once you throw the footy eight times, take a 60 second break before starting a new set with a focus on overhead marking. Tip — Parents can make this drill more interesting and fun by using a balloon to improve form and technique.  Once the form and technique is there, try kicking the ball to your child and have them mark the ball.  Start slow, getting 3 out of 10 marks is a good start. 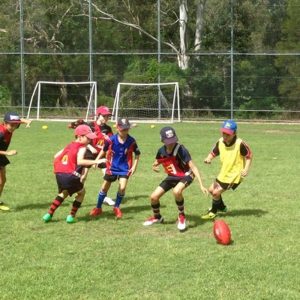 Handballing the football with their fist and receiving it in their hand is another fundamental skill in modern day football.  It was a key reason for the Western Bulldogs success in 2016. Learn to pass the footy standing in front of each other or while your kid is running towards you. Every now and then, switch hands so your children will learn to pass comfortably and confidently with both hands. Another way to improve handball skills is to quickly pass the ball back to the handballer.  In sport terms, it is called a one-two pass.  Therefore, standing closer to each other, you and your child quickly handpass to each other.  This drill can also improve their eye and hand coordination, handball skills and the ability to receive the ball with both hands in a fast transition.  Current AFL players still do this drill before the game. Tip – As your child improves their fundamental skills, you can start changing the environment by making these drills slightly harder.

Another way to improve your footy skills is at Australian Sports Camps.  For over 34 years, ASC have run school holiday football coaching camps across Australia for children of all standards.  Over 150,000 happy kids can attest that ASC has some of the very best sports camps in Australia! Camp Participants enjoys an experienced coaching panel with guest appearances by current and former AFL players and coaches.  Past guest players and coaches included Greater Western Sydney captain Callan Ward, Collingwood superstar Scott Pendlebury, and AFL legend Kevin Sheedy.

Looking for an AFL Football Clinic?

ASC have innovative three-day sports coaching programs covering all facets of football.  These programs are designed to improve skills and maximise enjoyment.  There are specialist sessions covering all the skills of football.  They are structured and enjoyable and suitable for each age level.  Also, all children will receive video analysis using state of the art digital video coaching software. Here’s a list of footy camps available this autumn school holidays