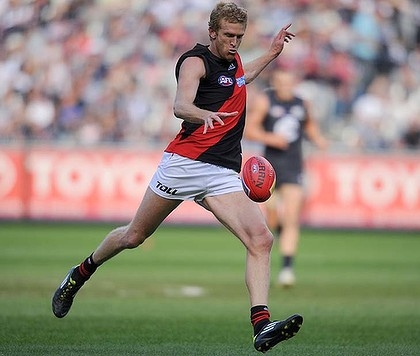 Only one week to go before the start of the first week of Autumn camps! and ASC are excited to announce the already confirmed sport stars who will be attending our Victoria programs!

Bianca Chatfield is a current Australian national team member and was the youngest ever player to play 100 games in the Commonwealth Bank National Netball competition. She was a member of the successful Melbourne Phoenix premiership teams in 2000, 2002, 2003 and 2005, as well as the Melbourne Vixens in 2009 who she currently captains. She won the most valuable player award in 2011. Without a doubt, Bianca is a valued member of the ASC team, and a great contributor to young netballers development in Australia.

Dustin Fletcher is the veteran Essendon defender and has been one of the all-time greats at the Bombers. The two time premiership player has played 379 AFL games over 23 seasons. Come along to the Brighton and Trinity Grammar Bulleen AFL camps and learn from this inspirational Essendon Veteran!

Lucas Walker is an Australian professional basketball player who currently plays for the Melbourne Tigers of the Australian National Basketball League. He played college basketball at both Montana State University Billings and Saint Mary’s College of California. He went on to finish runner-up for the 2011 Rookie of the Year award. We can’t wait to have this star coach at our Victoria Basketball Camps! Keep checking back to find out which other stars will be attending our programs!