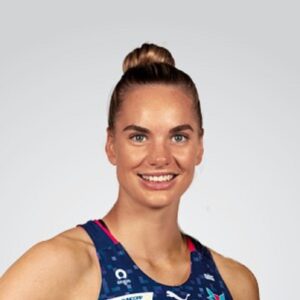 Keira Austin is a professional Australian Netball Player in the Suncorp Super Netball League. Austin debuted in the Super Netball League for the Giants in 2018, before switching to the Melbourne Vixens from the 2022 Seasons onwards. Kiera has also been part of the Australian National squad, most notably part of the Silver medal team in the 2017 Youth World Cup. We can’t wait to see Kiera at our Netball programs in Melbourne.