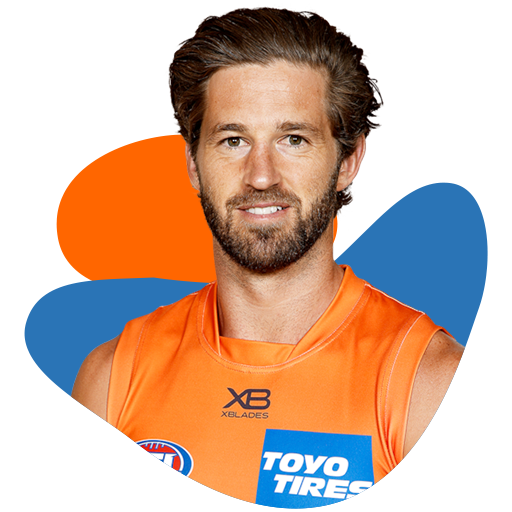 Callan Ward is a professional Australian rules footballer, currently playing for the Greater Western Sydney Giants in the Australian Football League (AFL). He is known as an aggressive tackler, strong marker and talented kicker.

He previously played for the Western Bulldogs, making his debut in Round 11 of the 2008 season, collecting 12 disposals and one goal. During this year he played six games while juggling full-time football and his final year of high school.  Ward received a nomination for the 2009 AFL Rising Star award in Round 18 of the 2009 season.

In 2012, he joined the Greater Western Sydney Giants as co-captain and scored their first ever AFL goal in their debut match against the Sydney Swans.  The same year he was named the Giants’ Best and Fairest, being awarded the inaugural Kevin Sheedy medal. He continued to co-captain the Giants from 2012-2019 and remains an integral leader of the club.