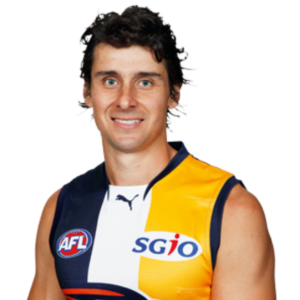 Andrew Embley is a former AFL midfielder, playing with the West Coast Eagles from 1999 to 2013.  In 2003, he kicked the second highest amount of goals for his club.  He played in the premiership team in 2006, and earnt the Norm Smith medal with 26 possessions, and kicking 2.2.  His coach, John Worsfold, credited much of the Eagles’ mid-2000s success to Embley.

Andrew can be found at our WA AFL  camps, passing his knowledge onto the next generation of footballers.