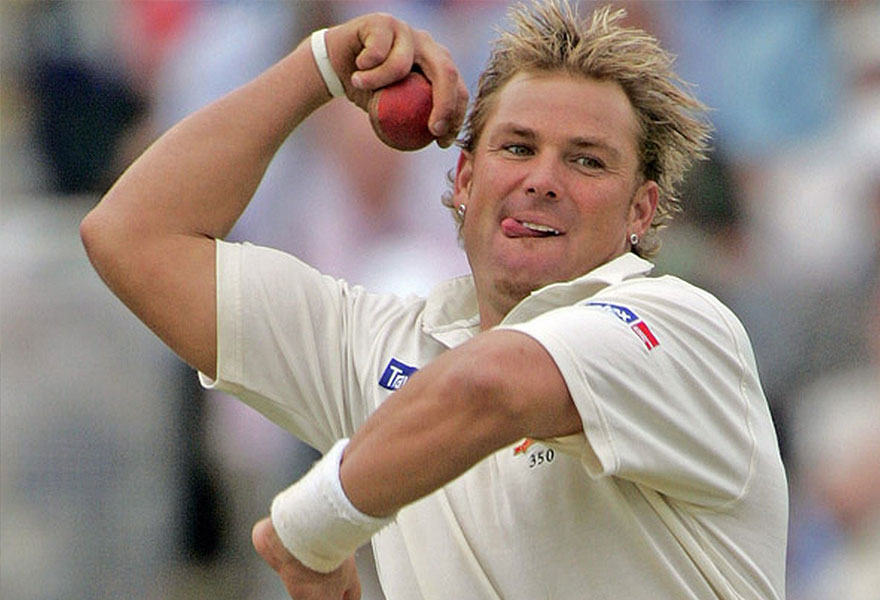 Australian cricket legend Shane Warne was undoubtedly the best leg spinner to ever play the game of cricket.  Some may even say, the best bowler full stop.  So, it’s no wonder that cricketers, young and old, want to learn how to spin bowl like Shane Warne. He was the first bowler to ever take 700 test wickets and still stands at number 2 on the all-time test wicket taking list.  With 708 wickets from 143 matches.  Just behind Sri Lankan superstar off spinner Muttiah Muralitharan. Also, Shane Warne took 293 wickets in one-day internationals, taking his total record of international wickets to 1001. Making him one of only two players to break the 1000 wicket milestone. 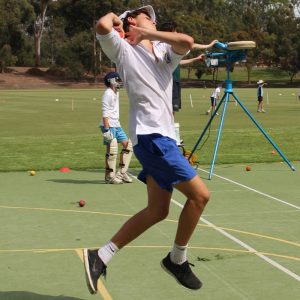 But it wasn’t just his ability to take wickets that made Shane Warne so great and such a crucial part of the dominant Australian team during the late 90’s and early 2000’s.  It was also his aura, his pre bowl rituals and his ability to intimidate and tie batsmen up with amazing skill as a leg spin bowler. Shane Warne once said, “part of the art of bowling spin is to make the batsman think that something special is happening even when it isn’t.” But despite his larrikin character off field antics, Shane Warne was dedicated to his craft, spending hundreds upon hundreds of hours in the net perfecting his various bowls, to become the champion that he would become. “The King Of Spin”. “The Sheik Of Tweak.  And, the man who delivered what would become known as the “Bowl Of The Century” to dazzle and dismiss Mike Gatting on Day Two during the first Test of the 1993 Ashes series. A bowl that is still replayed and talked about regularly by cricket enthusiast. So, today we look at the technique of Shane Warne and offer some great tips from the man himself on how to spin bowl like Shane Warne

Tips On How To Spin Bowl Like Shane Warne The first part of becoming a great spin bowler is learning how to actually spin the ball.  The leg break is the most important bowl in a leg spinners arsenal and is the first bowl you need to master. As Shane Warne explains himself “You talk about accuracy, line, length, but the thing you have to do first is spin the ball. If you can do that, you can take wickets whatever grade you play at. The basic thing is the grip – two fingers down, two fingers up.” So what is the “two fingers down two fingers up” grip mean? It means your index and middle fingers stay up and your ring and pinky fingers stay down. You then slot the bowl into the two fingers that are up and it is the third (ring) finger that produces the spin by flicking the ball over and out of the two “up” fingers. Keep a nice, relaxed grip and as your bowl arm goes over keep the back of your hand facing your body which is important to get the most spin on the delivery. Using your ring finger your aim is to get as many revolutions going on the ball from right to left (for a right handed leg spinner) as the ball leaves your hand. 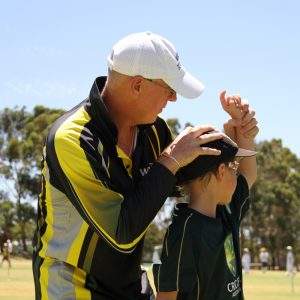 “Drift” in spin bowling refers to when the ball drifts through the air in the opposite direction which it will spin when it bounces. This can make a ball appear to turn even more than it does and makes it a nightmare for the batsmen to play against. For example, when a right handed batsmen would face Shane Warne the ball would drift in towards their body, they would then adjust to this and then often play inside the ball resulting in an edge going through to the wicket keeper or slip fielder. The 3 elements that allow you to maximise drift when spin bowling are

Focusing on these elements will help you generate more drift and make your balls much harder to judge. 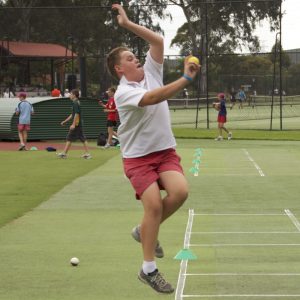 There is no one size fits all when it comes to pace in leg spin bowling. It’s important to find your natural speed that feels comfortable. As mentioned earlier, your focus first and foremost must be on maximising spin.  Because, if you can spin the ball, you’ll take wickets no matter what grade you play.  So, you want to bowl at a pace that allows you to generate maximum spin. Some days this will differ depending on the wicket or the conditions but you don’t want to bowl too fast and allow the batsmen to use your pace. By keeping you bowls a little slower the batsmen will have to force the issue and potentially make a mistake. 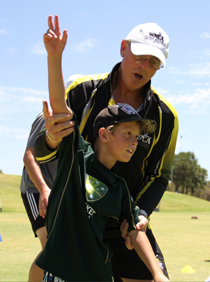 Shane Warne had some great variations that used to take wickets time and time again. “The Flipper” and “The Wrong Un” were two of his favourites.

The Flipper is a hard ball to bowl and is something Shane Warne worked on for years to perfect. The aim of the flipper is to get it to stay low and skid on in a straight line.  Instead of turning like a leg break. Hold the ball like a traditional leg break.  But, instead of using your ring finger to generate spin, use the thumb to get your revolutions up.  So, it spins backwards and creates the skidding effect.

The Wrong Un, again starts with the same grip as a leg break, yet turns the opposite.  Also, generating a bit more bounce, creating great confusion for the batsmen. To perfect the Wrong Un, you turn your wrist.  So, that instead of coming out the side of the hand, it comes out the back.  This change in wrist position allows the ring finger to be spinning the ball the other way. So, there you have it Spin, Drift, Pace and Variation. The four main tools that made Shane Warne the greatest leg spinner of all time.  Now, it’s up to you to practice.  And, the best way to practice is under the guidance of an expert spin coach.  One who can ensure your technique is perfect for fastest results. In addition, you can get coached on your spin bowling technique at Australian Sports Camps.  ASC run 3 day cricket coaching camps during the Spring and Summer school holidays.  See: http://shop.australiansportscamps.com.au/camps/cricket/