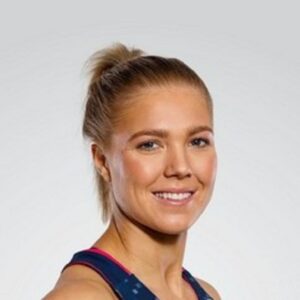 Kate Moloney is the current captain of the Melbourne Vixen’s Netball Team. Moloney made her debut in 2013 and was named captain four years later. She was part of the 2014 and 2020 premiership sides and has been named in two team of the years in the Super Netball League. Kate also made her international debut in 2017 and has made 10 national team appearances.  We look forward to seeing Kate at our Melbourne Netball camps.