Ian Holland is a professional cricketer who plays for the United States Cricket Team and Hampshire County Cricket Club in England. He has also played domestic cricket in Australia. Holland made his first class debut for Victoria in 2015-16 after winning a contract on the reality TV show “Cricket Superstar”. He made his List A Debut for English Side Hampshire in  2017 and recently  played  in  the  USA  National  Cricket  Team.  We  can’t  wait  to  see  Ian  at our  Cricket  Camps  in  Summer! 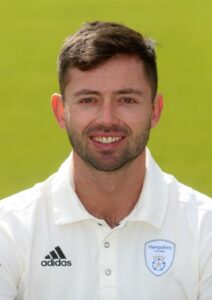